Have you ever wondered where your passion can take you? For one Arts and Sciences alum, the answer is all the way to the Kansas Supreme Court. The Honorable Dan Biles graduated in 1974 with a degree in journalism. Did his time at K-State impact his professional career? Justice Biles has the following to say:

“I am able to draw a straight line from my experiences at K-State through the professional path I currently enjoy. My major was journalism, so I spent a lot of time in Kedzie Hall in what is now known as the A.Q. Miller School of Journalism and Mass Communications. This is where I first learned to write, and that skill has been an integral part ever since of who I am and what I do.” 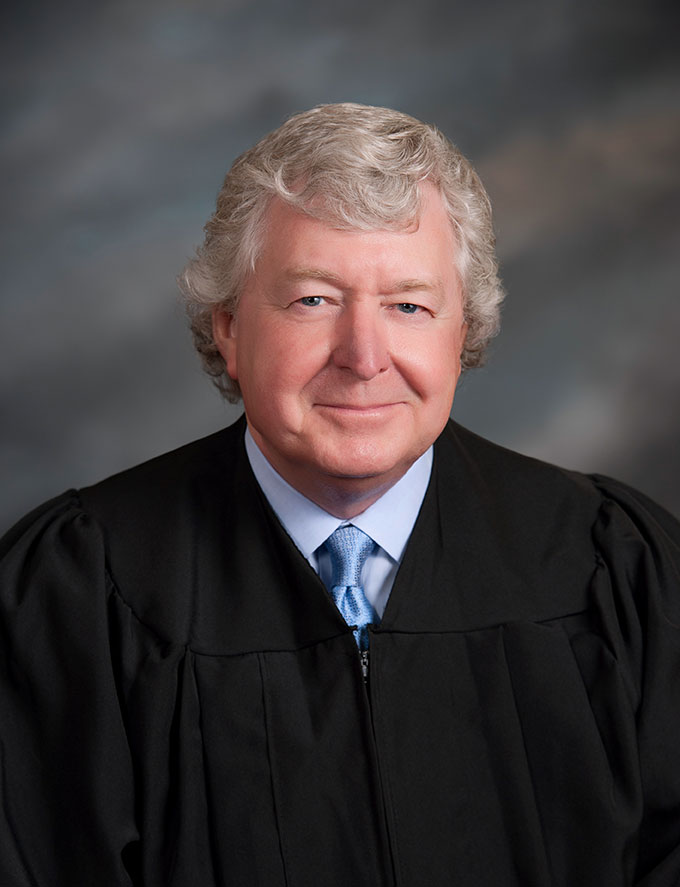 He got the “write” start in the K-State College of Arts and Sciences, and after graduation he utilized both his Wildcat connections and his highly-developed writing skills to land jobs in the journalism field.

His first job was on a weekly newspaper (The Ellsworth Reporter) in central Kansas, then a daily newspaper in southeast Kansas (The Coffeyville Journal), and in January 1975, Biles started as a writer for The Associated Press working out of the capitol in Topeka covering state government.

“All three of my jobs in journalism came from associations made while at K-State, said Biles. “My writing abilities got me through Washburn Law School, not only by allowing me to work for The AP while going to law school, but in being able to write my way through law school exam questions under deadline pressure.” The skills he picked up and honed during his time at K-State continued to help him build a successful career.

In 1980, Biles started practicing law. His first job as a lawyer was in the civil litigation division of the Kansas Attorney General's office. In 1985, he went into private practice. Throughout the next 24 years, he said, “my writing got me through my professional obligations.” In 2009, he was appointed to the Kansas Supreme Court, where his work product is entirely written.

“But K-State was more than a place to learn to write,” said Justice Biles. “It kept me connected to Kansas, my native state, where I have worked all my life. I maintain many personal relationships from those college days, and now volunteer as an adjunct instructor teaching Law of Mass Communications at the A.Q. Miller School.”

From a degree in journalism to a seat on the Kansas Supreme Court, the Honorable Dan Biles has chased his passion and refined his craft of writing. He started in Kedzie Hall, just like many of the students today in the A.Q. Miller School of Journalism and Mass Communications.